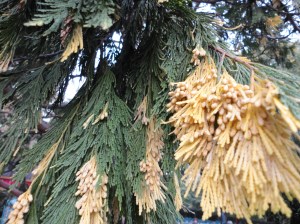 (Don’t mind my pictures, I just think they’re cool, even if totally unrelated.)

In the beginning, all there was was God’s Word. It was with God and, in fact, was God. He, this Word, was with God from the start. Everything that has ever been made was made through this Word. The Word held the power of life, and that life is the trace of God in humanity – our own limited form of goodness. Our goodness is apparent in a dark world and the evil of the world has never overpowered our goodness.

God sent a man named John to tell people about this trace of God that humanity has in it. He wanted people to believe in it. He wasn’t any sort of god himself, he was just trying to point others to God.

But a real God was coming to earth, in fact, he was already in the world when John started his ministry. The world was made through this God, but oddly enough, the world didn’t recognize him. He came to finally introduce himself to his creation, but his creation rejected him. But not all of it – and to those who did welcome him and believed him to really be the Creator, he offered the option of being adopted by God. Of course, we weren’t naturally born children, as if God had had relations with our mother or something, but we would have a spiritual birth into God’s family.

So, that Word, which was God, took on the form of a human and lived on Earth for a time. I (John, the author of this book) have seen first-hand how amazing this God is, the one and only Son of God who came down from Father God, genuine to the core and with arms brimming with incredible gifts for humanity.

(John, the one I mentioned before who was sent by God, said of this Son of God, “This is the very guy I’ve been telling you about – the one I said who even though he comes after me is way ahead of me because he existed looong before me!”)

And I have to tell you that of all those gifts for humanity, I have gotten more than my share. And I already had a lot! We Jews had the gift of the law that Moses passed down, but now Jesus Christ (that’s his name) is bringing so much more and will set the record straight on all accounts.

No one has ever seen God, but this Word, Jesus Christ, God’s only Son who is every bit God himself – there’s no entity closer to God than him – sure has given us a glimpse of God the Father.